Owarimonogatari Ep. 12 – One Crab to Rule Them All 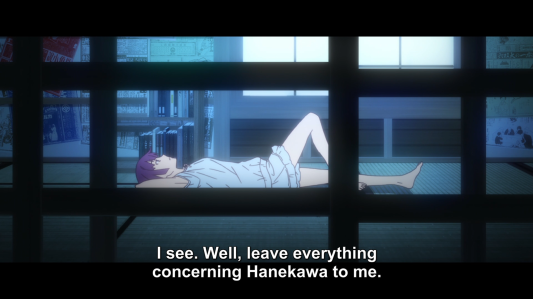 As the season wraps up, let’s put aside the more pointed essays of symbolism and story theory, and instead take a general look at how this singular romantic relationship is presented to us. Senjougahara has been busy dealing other apparitions all season, so she missed out on a lot of screen-time. The least I can do is give her an essay all her own. Let’s figure out what cool things are happening during Araragi and Senougahara’s phone call.