As with Your Name, I want to get my initial impressions of Mari Okada’s Maquia out there while the film is fresh in my head. I’ll likely revisit the movie once it sees an official home release, discussing it from some perspective concerning melodrama. After all, there’s no better pair than Okada and melodrama. But in the meantime, here are my musings on the film after two theater viewings (both with surprisingly mannered audiences). No major spoilers ahead. 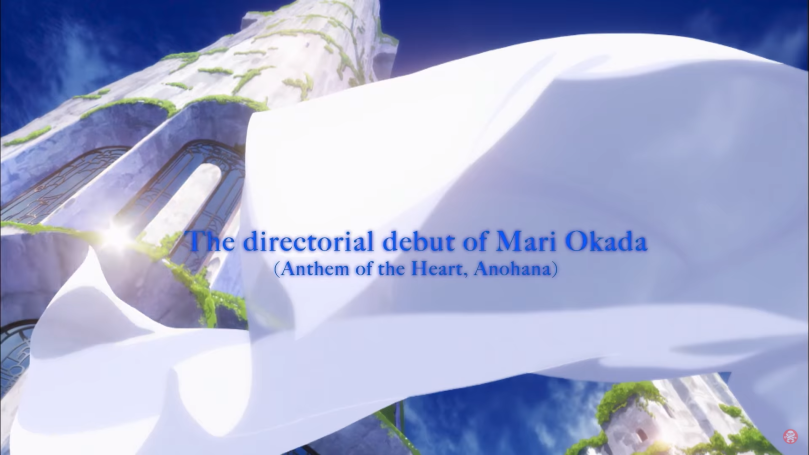 Obviously the biggest draw for Maquia is its status as Okada’s directorial debut. I was certainly interested in seeing what her “vision” for her own words were for once, as well as whether her writing would change now that she held the ultimate responsibility for transmuting the story to screen. Overall, I think her recent experience writing for The Anthem of the Heart benefited her a lot in directing Maquia. Being heavily involved in an anime film production–and overcoming the production and personal struggles surrounding that project, according to her autobiography–seems to have given Okada enough know-how and confidence to succeed with Maquia.

Additionally, when I look at Okada’s recent production credits, I can’t help but wonder if her involvement in multiple live-action films just before Maquia weren’t conscious attempts to become more familiar with film as a medium. Both productions were simply novel/manga adaptations, however, and I’m by no means an industry insider. She could’ve just been working on opportunities that arose naturally. All the same, she was around film directors and could’ve asked a question or two.

But my conjectures aren’t so important. I only bring them up as a consequence of being impressed by how finely tuned Okada’s sense of a theater audience is. The timing of the film’s jokes (one recurring physical “gag” comes to mind) somehow beats most Hollywood blockbusters at their own game. The perfect amount of sonic and visual space is cleared up for the jokes, and the flow from audience laughter to the continuation of the scene on screen is smooth. You really get the sense the director is aware of your experience as a theater-goer and is making sure you have the best time possible. This is something the modern Marvel movies excel at (and Baby Driver!) and is a big reason for their success. Maquia shoots for the same excellence.

Given how well her directing went over, you might be inclined to think Maquia is the “most Okada” anime ever. She did handle the two (arguably) most important aspects of its creative production. You could go so far as to claim that the producers invested in the film because it was meant to be an ultimate Okada anime. There’s even that alleged quote from the president of P.A. Works about wanting to see a “100% Okada anime.” I agree with this idea of Maquia as the Okada anime, but not necessarily from a creative or canonical perspective. Rather, I believe the film is the anime with the most of Okada-the-person in it. From the themes of single motherhood to the challenges of crippling self-doubt to the moments of melodramatic emotion-destruction, Okada’s ghosts are all over this movie. I won’t recount her entire biography here, but as a child raised by a single mother who endured some tortuous relationships with her peers and said mother, it’s easy to spot the influence her life had on Maquia.

In that sense, Maquia is an ultimate Okada anime. It’s full of attempts to relate, confront, and reflect on her life experiences. From an outsider’s perspective, it looks like the story Mari Okada had to tell. However, I’m not sure it’s the “most Okada anime” when compared to her past work–when picking apart the commonalities and judging their essences next to one another. This is difficult to explain without the film in front of me (and without major spoilers and several pages of essay), but I’ll try.

If anything, Maquia feels like a development out of Okada’s past work. Okada has always seemed to me most comfortable writing family melodramas (i.e. stories focusing on emotional and communicative conflicts stemming from familial relationships or familial structures). This mode shows up all over her work: multiple conflicts in Toradora!, Nagi no Asukara, Fractale, Hanasaku Iroha, and on and on. Yet, she always keeps her writing at a distance from actual depictions of family. The family in Okada anime tends to be either split apart with kids and parents rarely having a chance to interact, or instead a replication of family by those who aren’t actually related/haven’t lived together until recently.

This distance is all the more noticeable when compared to Maquia, where family is right in your face always. There are still those more separated, indirect familial relationships and conflicts spread throughout the movie, but the focus is always on the characters who are actually spending time together. This more direct approach to family struck me as a direct confrontation of those emotional ghosts of Okada’s I mentioned earlier–like Maquia was Okada’s chance to give her all. So, once again, I saw a shift in Okada the artist and a more detailed representation of Okada the person. 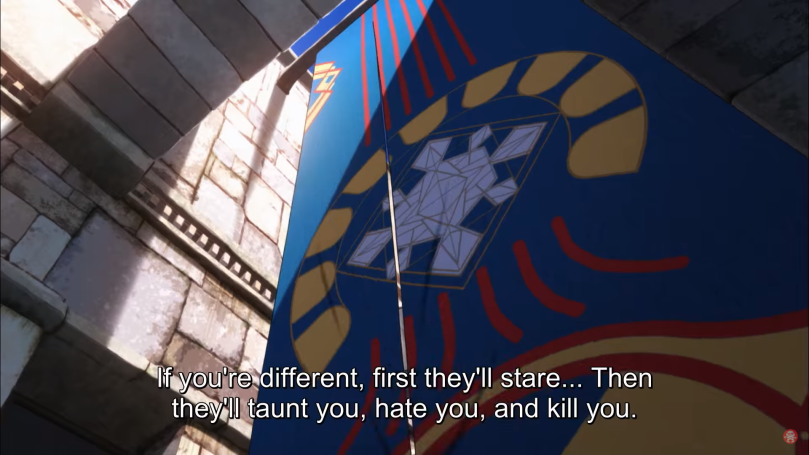 Of course, there are creative connections to be made to her past work. Maquia is perhaps the most refined of Okada’s attempts at blending fantasy and highly personal melodrama. Fractale and Nagi no Asukara may have more realized worlds, but Maquia comes across as a fantasy story through and through. Her earlier works could be argued to use fantasy or science fiction as somewhat of a backdrop to the melodrama, whereas Maquia is a full-fledged union of the two. A fantasy melodrama rather than a melodrama in fantasy, if you will.

Nagi no Asukara is one of Okada’s most similar works to Maquia, with the two sharing a core storyworld conceit of “normal” humans living separate from a more spiritual and fantastical society. There are quite a few parallels involving these two separated societies, but I’ll avoid specifics for the sake of spoilers. However, again we must acknowledge a difference between the two anime. 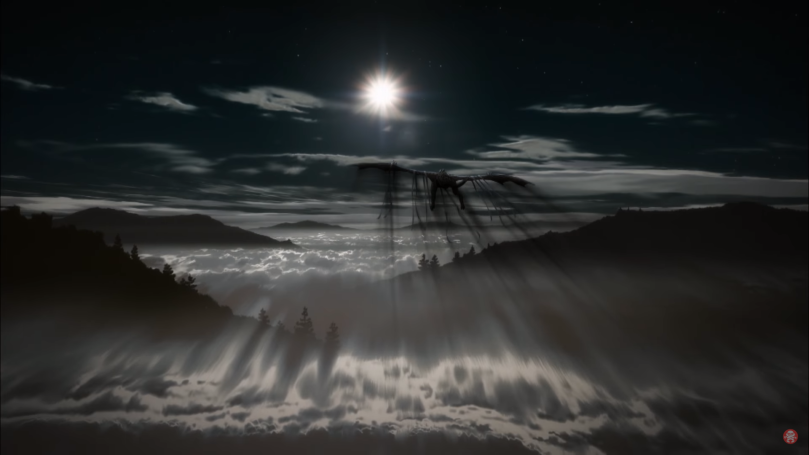 This idea of disjointed societies is used in Nagi no Asukara to explore and develop many characters and a variety of ideological conflicts. The same type of setting is present in Maquia, but primarily for (as the title suggests) exploring and tracing the struggles of Maquia’s life. Nagi no Asukara is a 26-episode television series and Maquia is a 2-hour film, so I won’t read too deep into this difference, but it’s worth considering.

As far as the movie as a piece of animation, there unfortunately isn’t too much to say. It looks good–better than most TV anime. Nothing jaw-dropping or particularly memorable save for one moment of what appeared to be horrendous compositing. Having seen the Hanasaku Iroha film P.A. Works animated in the past, I was glad Maquia departed a bit from their classic art and animation style, albeit not to any new distinguishable identity. It’s good enough to look at and pass for a professional movie, not much more. I suppose that’s another parallel to the Marvel movies.

Somehow I don’t think I’ve said anything useful, but maybe I shouldn’t expect so much from my first thoughts. There’s a lot more to explore (e.g. what Okada borrows from other directors, where her writing outdoes itself or falls short, etc.) in future posts, which hopefully I’ll be able to make before too long. If you like other Okada-written anime or western fantasy in general, I’d recommend seeing Maquia in theaters. The emotional atmosphere produced by a good crowd is worth the ticket price.

One thought on “First Thoughts on Maquia”