This is the second part in a series of essays on Mari Okada and melodrama. If you stumbled upon this post, start at the Introduction instead! No spoilers ahead for now.

Before we can start talking about anything relevant in Mari Okada’s work, we have to establish a melodramatic basis for analysis. In other words, we have to know what melodrama is and where it comes from—which means chugging through some history and exposition. The history of melodrama is actually quite interesting and I’ll be keeping it light and to the point, since it’s way more fun (and useful) to talk about the gritty details once we’re engaged with some specific anime. In addition to history, I’ll give a brief overview of the most universal elements of melodrama to be expanded upon in future essays. Melodrama originated as a method of performance in the theater, not as a genre or tone. Music was used to add or fine-tune emotion within a scene, hence melo+drama. Here’s the entirety of Ariadne auf Naxos and an excerpt of Medea so you can get an idea of what this would look like onstage. As you’ll quickly notice, theatrical melodrama is not far removed from opera, and the functioning of melodrama (i.e. the method of acting, the emotional impact of the music) has greatly influenced modern media. Most notably, early cartoons such as Tom and Jerry and most silent films (Nosferatu as a random example) rely heavily on a melodramatic mode to better convey character motivation and emotion. I’m leaving out some details about the overall bombastic nature of melodramas, but this is a fine starting point. Naturally, you can see how this type of performance lends itself to the over-the-top emotional outbursts we think of when we hear the word “melodramatic”. Emotionally wrought music begets emotionally wrought action. If you’ve seen Toradora, then the song “Lost My Pieces” probably comes straight to mind as an example of emotional music in Okada’s own work. Again, the music isn’t a decision Okada makes, but is nonetheless a staple of shows she works on. This isn’t to say: Okada-written anime have emotional music therefore they must be melodramas. That’s not accurate or interesting. However, melodrama’s historic roots are clearly visible in these shows. The scores of her shows are designed to facilitate (or accommodate, depending on how you look at it) large, personal releases of emotion. The moments accompanied by these iconic tracks are the moments we would likely refer to as “melodramatic”. Of course, we can call books and comics melodramatic and they don’t have any music at all. It is the archetypes, antagonistic forces, and themes of melodrama that primarily make up the melodramatic mode. And in that modern definition of “melodramatic”, emotion is truly key. Thomas Elsaesser quotes Douglas Sirk, director of Hollywood’s most famous melodramas, as saying:

“…I used deep-focus lenses which have the effect of giving a harshness to the objects and a kind of enameled, hard surface to the colors. I wanted this to bring out the inner violence, the energy of the characters which is all inside them and can’t break through” (433). This everyday harshness, this hard shell which can’t be broken, is quintessential to the portrayal of emotion in melodrama. The tension in melodrama results from what characters can’t bring themselves to say or admit, not from car chases or heists like in an action film. Much of the conflict results from the protagonist failing to take action in moments of moral or emotional crisis. If this isn’t a failure on the protagonist’s part, it is instead due to the unobtainable nature of some object of desire. In either case, we finally reach an emotional climax when that repressive shell is broken. In the melodramatic climax, characters confront each other with “full expressivity” of their bottled-up emotions. (Brooks 4). I’ll get into specific examples starting with the next essay, but for now we’ll just establish our basis. 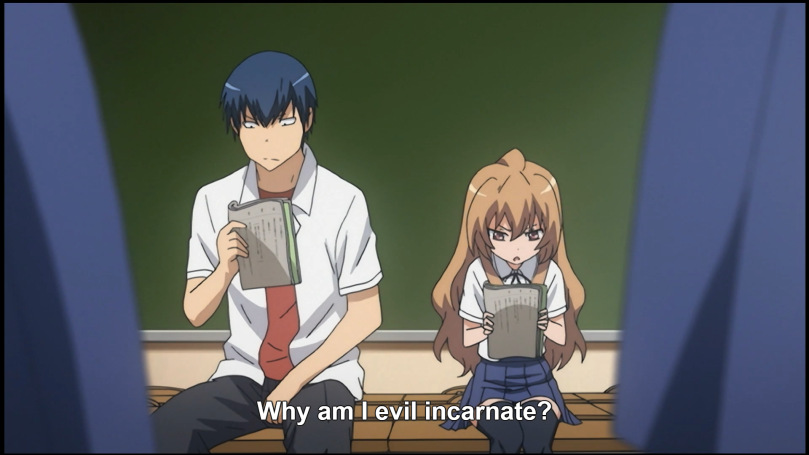 In short, tension and conflict are the result of repression, oppression, or both, depending on which elements of melodrama are being accessed. Characters may fail to act because they are afraid to upset the status quo or because they have been conditioned to doubt themselves. In the case of oppression, they may be forbidden to act by an authority figure—most commonly a paternal figure or society at large (arguably paternalistic itself in most cases). In melodrama, the maintenance of peace takes precedence—social homeostasis. Morality is polarized—there is dark and there is light; there is damnation and there is salvation—precisely because the status quo and authority figures are so absolute in their “virtue”. It is important to remember that this is the morality of the storyworld and the writing may not always agree with that morality.

We can’t talk about authority figures, repression/oppression, and virtue without delving into why melodrama even became popular in the first place. Continuing with our crash course in history, classical stage dramas were banned from most British theaters for nearly 200 years between the 17th and 19th centuries. Melodrama gained popularity in England because of those restrictions—that oppression—as a workaround to the law, since it was distinct from classical drama. This is crucial for understanding why melodrama had to be more bombastic than drama, but also why it might want to be. 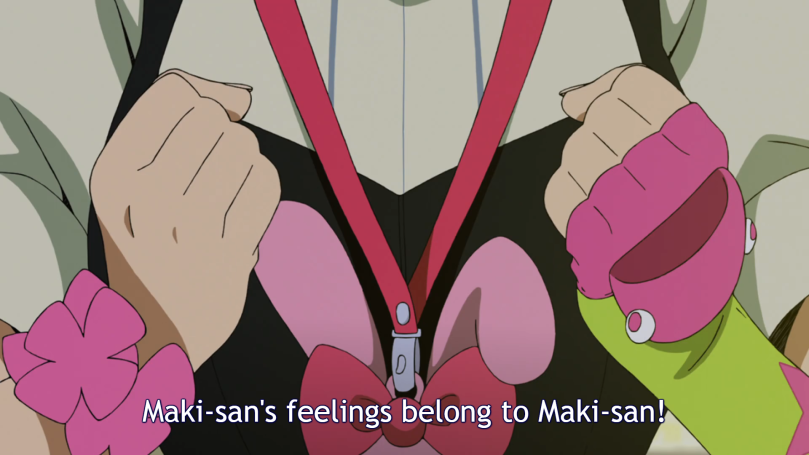 Peter Brooks is the literary critic most responsible for melodrama being viewed with any sort of academic seriousness in the modern era. His essays and books on the “melodramatic imagination” are very much the reason melodrama is considered an artistic mode. But what I find most interesting about his criticism is that he claims the writers of melodrama themselves pursue that “full expressivity” of the melodramatic climax. Writers of melodrama want to leave nothing unsaid—they are the ultimate believers of words as tools for emotional communication—and thus go further in scenes where other writers would hold back or repress.

Keeping that in mind, we can see how melodrama grows into an alternative to drama not just as a result of legality but also emotional preference. It is in that moment of full expressivity that melodrama gains its identity not as a variant of drama, but a distinct and separate mode. This spirals into the establishment of character archetypes, common thematic concerns, and canonical motifs—as well as the bridging to other mediums such as literature. All of these features arise out of a need to be different from drama, but are reaffirmed as a desire to be different from drama. I don’t think it’s a stretch to say that melodrama is a rebellious mode of creation, its conception inseparable from its message. None of this is as simple as “being oppressed by authority” or “rebelling against norms”, but the complexities of melodrama are best explored once we start grappling with specific elements of the melodramatic set. While the idea of a rebellious mode that criticizes oppression/repression may sound extremely progressive, the reality isn’t that simple. What is consistent is the idea that large societal or ideological turmoil (the loss of traditional values, a changing political climate, etc.) are made bite-sized and placed in the hearts of individual characters. What that looks like and how the writing deals with that personalization differs from story to story. Because, after all, the melodramatic set is complex. Speaking of… I said in the introduction that I view the melodramatic mode as a set of elements instead of an all-encompassing label. What I mean in practice is that there are too many “types” (modes) of melodrama that are all unique—yet also similar—to divide into sub-modes. There’s teen melodrama, domestic/family melodrama, theatrical melodrama, nautical melodrama, gothic melodrama, and so on. However, you can have a teen melodrama in which every aspect of the story is also indicative of a gothic melodrama. Thus, a strict division of types seems like a sloppy method of classification.

What I’ve outlined above (a very bare-bones intro, to be clear) are the historic roots of all melodrama and the universal features—such as a polarized morality—of all melodrama. We can get away with considering these features the core of melodrama, and the various modes all build off and interact with that core in various ways. Melodrama is—or seems to be, anyway—the most popular artistic mode nowadays, and thus constantly develops, constantly finds its way into places where you wouldn’t expect it. Most films and many books certainly play with melodramatic elements, though maybe not enough to truly classify them as melodramas. There’s actually a very convincing argument to be made that Die Hard of all movies is a melodrama! 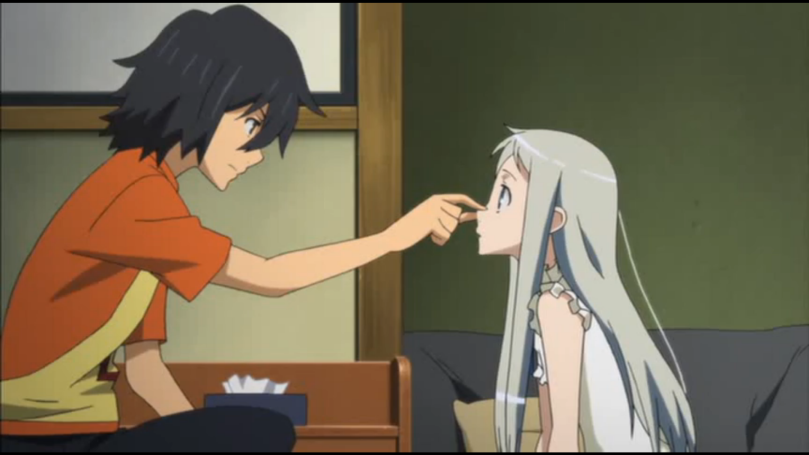 But before we head down any crazy roads like that, I think we should look at a familiar type of melodrama, and one that Mari Okada is well-known for. As you may have guessed, this is the teen melodrama. In the next essay: Sakurasou no Pet na Kanojo!

The works referenced in this post are as follows:

Elsaesser, Thomas – “Tales of Sound and Fury: Observations on the Family Melodrama” (1972)

You can preview Brooks’ book here, and you can contact me for assistance in finding Elsaesser’s essay.

4 thoughts on “Mari Okada: Modes of Melodrama (A Melodramatic Basis)”