Sound of Love – A Reflection

When you decide to write 13 essays in 13 weeks about the same show, limiting yourself to an episode per essay, you inevitably ask yourself: “Are you stupid?” You then realize that question leads nowhere so you switch to: “Why are you so stupid?” That question hurts a bit more, but the path is supposed to be a painful one, isn’t it?

I’ve endured this method of writing once before with Owarimonogatari. However, -monogatari (Bake and Owari especially) is aggressively interesting. The series attacks you with unusual shots and editing and drowns you in labyrinthine dialogue. Sure, some of it is just artistic flexing, but you can’t help but want to think about it. Hibike! is not aggressively interesting. It’s fun and gorgeous and moving, but it does not command you to think about it. Yet, it did always encourage me to fawn over it. That fawning—I think—is the reason I made it out of this process with my brain and fingers intact.

Hibike! is more than itself to me. I often bring up the “painful path” as if it’s an idea explicitly mentioned in the show. But it’s not. The idea of pain is only ever brought up in regards to Reina’s feet—a pain which she doesn’t mind. That one line and its implications about Reina’s ideas of specialness and the consequences of passion inspired a whole external narrative for me. The painful path is everywhere. Athletes walk the painful path every time they wake up early for practice; students every time they stay up late studying; and parents every time they drive their kids to clubs or activities.

Maybe the concept is obvious, but something in the language and emotion of Hibike! brings a certain beauty to it. I guess I’m a Romantic and a sucker for this kind of glorification of life. Nevertheless, I’ll always remember the painful path. It’s grown to be something of a mantra for me—something an aging coach would have told each one of his teams over the years. Whenever you stick to your mission and step closer to it—every time you overcome a barrier—you grow more special. 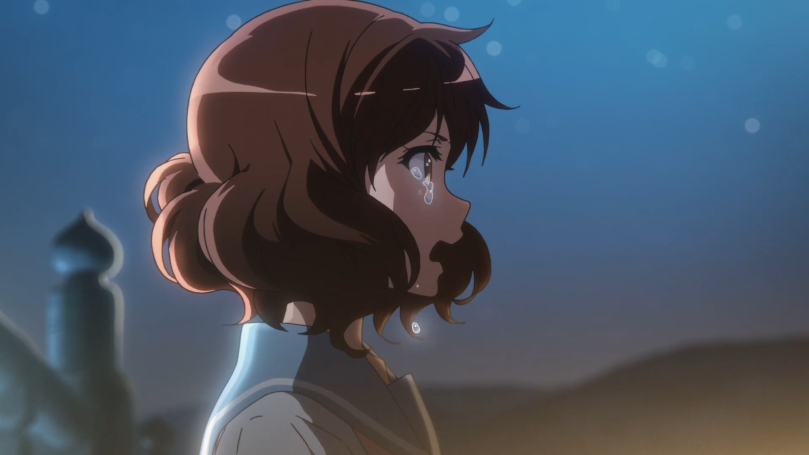 And that’s the key. Specialness isn’t measurable in fame or fortune or even success. Specialness is the measure of you being yourself. That sounds sappy, and I can’t argue it isn’t, but it’s how I feel. That’s what Kumiko chases after all season: herself. Making Nationals only seems connected to specialness because Kumiko loves the euphonium and wants to succeed. Kumiko becomes special by following what she wants, not what her friends or her sister or her persona want. 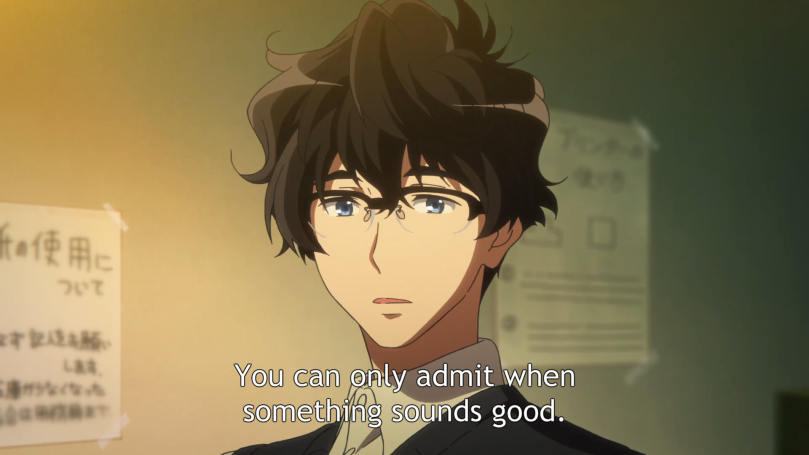 So, if that’s my obsession with the show, then why Hibike! over any other ‘be yourself’ story? I suppose that’s what those 13 essays were all about in the end. I was just trying to explain the unexplainable. I could never sit down and tell you what about Hibike! earns it such a fond spot in my heart. I could rattle off what I find positive: the soundtrack, the animation, the unbridled angst and passion. But none of those are the reason. I can only ever express it in vague terms like “language and emotion.” When I hear certain lines and when I see certain scenes, I can just feel it.

That’s all it is—a feeling. My only hope for explaining that feeling was to analyze and share all I could about what I had the words for. Be that the characters or the music or the directing or whatever. If I wrote about everything I knew how to express, then maybe that feeling of mine would find its way into my writing. In reading my essays, maybe you can feel for a moment what I feel. 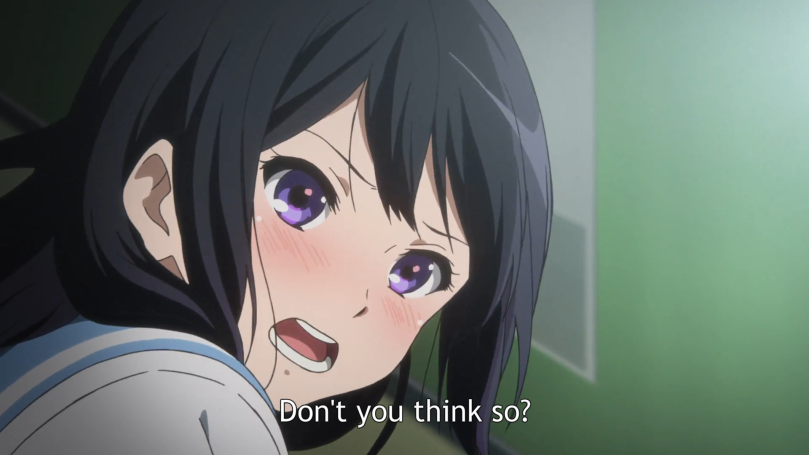 Looking back at all of that rambling, I sound pretty melodramatic. That might be another reason I’m so attached to the show! Melodrama adores melodrama.

But back to the point. I don’t think this essay series is truly done. If I’m being honest, this reflection was supposed to be more analytical in nature as a way to trace the progression of the show and conclude things from a critical standpoint. That’ll probably happen eventually, but for now I think the only true conclusion of this series can come from my sappy heart. I have to conclude by trying to answer the question I started from.

I found a handful of characters who saw their world through a lens similar enough to mine that I could understand them. So much of what they said could have come straight from my own head. Whether it be a casual conversation between Reina and Kumiko or a frustrated yell from Reina, it felt personal. By some strange coincidence, out of the thousands of stories I’ve read and watched, Hibike! happened to feel as though it spoke entirely and directly to me. We all experience that connection to media from time to time—like the line in a song that your heart beats a little faster for, that you want to sing a little louder. I just happened to feel that connection to Hibike! at all times in all ways.

When I consider how I feel about this show, each essay becomes an opportunity to reconnect with it, and better understand both it and myself. I’m always trying to make sense out of my love, to get to the root of that feeling. That struggle to find the truth is something I want to share. I want to hear which of my words resonate with other people, which they disagree with, and which they can’t understand. That exchange of ideas seems like a celebration of our own specialness. Everyone who speaks up to discuss a piece of art is expressing how much that art means to them.

I guess the reason I’m so stupid is because I find that beautiful.

One thought on “Sound of Love – A Reflection”